Looking at those green-colored slices as a child, I have always wondered why the fruit has such a peculiar name, Kiwi. Was it the fruit’s rounded, flaky exterior or the brightly-colored, juicy interior? Perhaps, it was the sweet and sour taste, or maybe the origin? Well, in any case, the name Kiwi still intrigues me as much as it did in my childhood. To be honest, it is the same old curiosity that has led me to today’s blog topic. So, let’s not wait further and explore the world of the entrancing Kiwi!

The Travels of Kiwi

Initially named Yang Tao (meaning Sunny Peach), Kiwifruit traces its origin to the eastern and north-central fertile lands of China. Back then, in the exact region of origin of kiwi fruit, residents did not consider it a fruit or an eatable.

People rarely cultivated or bred the plant, and it was usually collected from the wild to acquire its medicinal benefits. Over time, however, residents of China explored the various uses of the plant. In the 12th century, the first-ever description of the Kiwifruit got recorded. Soon, mass cultivation of the fruit begun for consumption purposes.

By the 20th century, the Kiwi seedlings made their way to the shores of New Zealand (Of course, not swaying in the water, on their own).

It was the principal of a girls-school named Mary Isabel Fraser, who brought Yang Tao’s seeds with her to New Zealand. Over here, the fruit became known as Chinese Gooseberry due to its sweet and sharp flavor. The fruit particularly became popular amongst service-men in New Zealand during the Second World War. (You can imagine how scarce food resources had become. People certainly wanted to make the most of available options). Immediately after, the fruit became an agricultural commodity in New Zealand. It was exported to Great Britain and then to California in 1960.

Consequently, breeding and cultivating practices were improved, which in turn, resulted in the production of high-quality kiwifruit. It has been imported internationally ever since. With the widespread use and enhanced varieties of the fruit, it also got a new and permanent name Kiwi.

A general search in Google reveals that similar to other fruits and vegetables, the adequate consumption of Kiwi fruit has proven to reduce diabetes, obesity, and some heart-related issues. However, Kiwi is not merely peculiar in its name, but its nature too. Being a plant food, the Kiwi possesses numerous healing and nourishing properties. It is abundant in vitamin C, which is an important nutrient and anti-oxidant for the human body.

The large amounts of vitamin C obtained by Kiwi helps in the production of collagen, which is a connective tissue used to make the skin firm and tight. Also, vitamin C protects the skin against pollution and the sun. Hence, the consumption of Kiwi fruit can prevent aging and better the overall skin.

Kiwi fruits also have a high concentration of potassium and fiber. The fiber inflicts slight laxative effects and prevents constipation. While fiber is beneficial for the digestive system, potassium can significantly boost one’s heart health. Several studies prove that the consumption of at least 4000mg/day can lower the chances of ischemic heart disease by 49%.

The high levels of potassium also lower the risks of muscle mass loss and kidney stones formation. The potassium even stabilizes blood pressure. Hence, regular consumption of Kiwi fruit can better one’s health significantly. The nutrition in Kiwi fruit is in such abundance that one can conveniently live a healthy lifestyle without having to perform intensive exercises!

Kiwi is a much-celebrated fruit of the world, and almost every other day, weird questions pop up in the Google search engine, like ‘can you eat the skin of Kiwi fruit?’. Well, it appears as if everyone is equally intrigued by Kiwi fruit. Here are a few fun facts about Kiwi fruit that will leave you even more amazed!

Now that I know that this green, flaky fruit has more to its existence than what seems probable, I’m much more fascinated! And I’m confident that you could say the same too. It’s time for us to compensate for the due attention, from which the young Yang Tao got deprived. It’s time to avail of its nutritional benefits to the fullest. 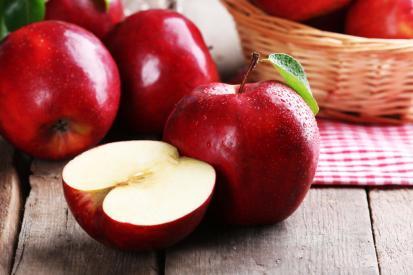 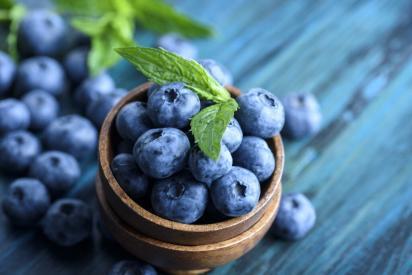 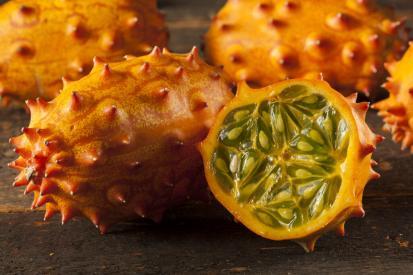